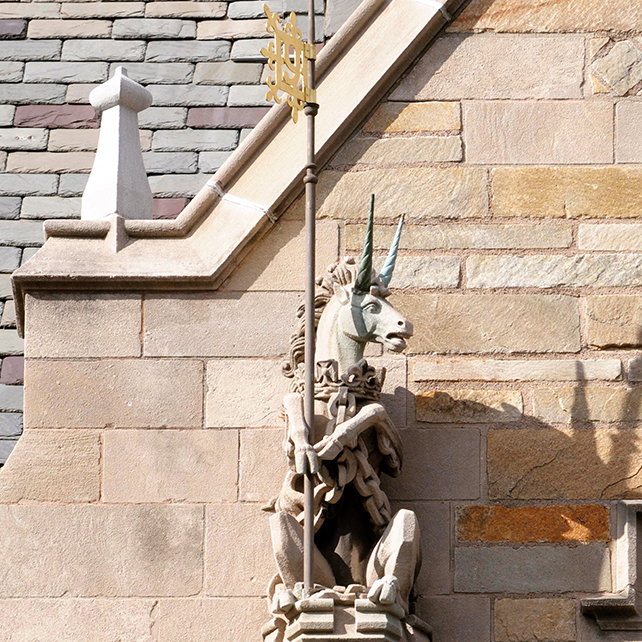 A yale bearing a “Y”-emblazoned banner above the gateway of Yale’s Davenport College. The yale, also known as the centicore, is a mythical beast that resembles a goat or antelope with long horns that can be swiveled at will. First described in Pliny the Elder’s “Natural History” (AD 77–79), it was popularized in early heraldry and appeared on the coats of arms of several 15th- and 16th-century British Royal Family members. (Photo: Michael Marsland, University Photographer)